During a time of crisis, people want to do everything they can to help those affected. This used to involve going out into communities and offering their time and support. Now in the age of technology, social media has become a powerful tool to help out during a time of need. Facebook is used to help people check in during a natural disaster and let their friends and families know they are safe. Twitter provides up-to-date news and reporting about what is happening. It is also used as an incredible way to promote a giving campaign. Blood, clothing, and supplies drives are heavily retweeted and blasted out on Twitter during a disaster.

Social media makes things feel more real because you see photos of a fire ravaging a community or how gun-violence has affected a school in real time. Real people take to social media to share their condolences, concerns, and calls to action. These platforms become flooded with ways in which people can help, but some of these campaigns may not be as beneficial to the communities they are looking to help.

The American Red Cross has done a very good job of utilizing social media to garner new blood donations, especially during times of need. They send out information regarding where people can give and social media takes it from there. I can’t remember being on social media during the recent California fires and not seeing a new tweet every few minutes in my feed pushing people to give blood. The American Red Cross also has a huge platform and they are able to use humor to persuade people to give back, as seen by one of their popular tweets below.

Social media campaigns can lead to some pretty incredible results, but they also have their faults. These campaigns provide people with a way to feel like they are helping when in reality not much is actually being done. It’s easy to tweet or post a photo calling people to action, but as soon as you hit share, that’s it. Social media provides a quick and fast alternative to actually giving your time or money to a nonprofit. Platforms become flooded with requests for help and it’s very easy to like or retweet a post and then moving on. On the other hand though, sometimes during a crisis, nonprofits get swarmed with donations from people hoping to make themselves feel better by giving. The American Red Cross is very familiar with this concept.

After a natural disaster, people send in everything from shampoo to dog food. Warehouse get stockpiled full of supplies because nonprofits don’t know how to handle everything. The American Red Cross has used their social media platforms to ask instead for monetary donations so that they can purchase what a community needs. Some nonprofits have even opted to post exactly what they need on a wishlist that donors can use to make sure they don’t get inundated with a surplus of things.

Social media has provided nonprofits with an incredible way to interact with the public and get their messages out. It’s also a powerful fundraising tool that can provide a lot of support during a crisis. When organizations utilize social media in effective ways, a lot can be accomplished.

One thought on “With Just One Retweet You Can Save a Life…Or Can You?” 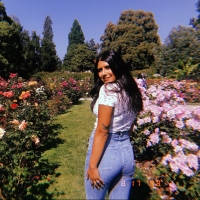 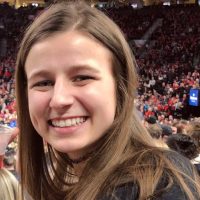 A Blog by Regan Simonson

Feminine Features For All My Gals

welcome to my blog